Home - What’s Around the Web? - The MAFEX Spider-Man: Homecoming figure is too awesome

The MAFEX Spider-Man: Homecoming figure is too awesome

A few days ago, we showed you a ton of Spider-Man: Homecoming toys from Hasbro (and a few, uh, silhouettes from Diamond Select and Art Asylum). It’s time for you to feast your eyes on what is likely to be one of the most poseable Spider-Man: Homecoming figures you’ll be able to buy this year – MAFEX‘s take on Tom Holland’s version of Spider-Man. (S.H.Figuarts has already teased its upcoming MCU Spider-Man figure, but until we get official pictures, we’re going to hold off on featuring it here.)

THIS toy, though… It certainly looks like it will be a must-have.

Medicom Toys‘ best-selling MAFEX 6″ action figure line continues to flesh out its roster with this figure based on Spider-Man: Homecoming. Featuring multiple points of articulation, alternate hands and heads, webbing accessories, and a figure stand, this toy promises “ultimate posing” on the same level as most Japanese import figures we’ve all seen and bought before. This upcoming action figure was recently unveiled on Medicom’s official website. And it looks like it can do whatever a spider can, and so much more.

Check out the photos of the MAFEX Spider-Man: Homecoming Action Figure below! 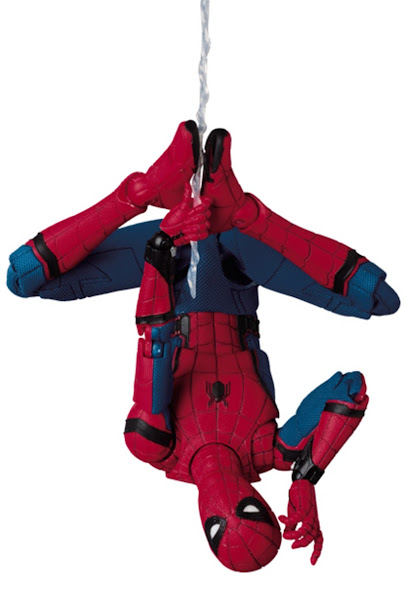 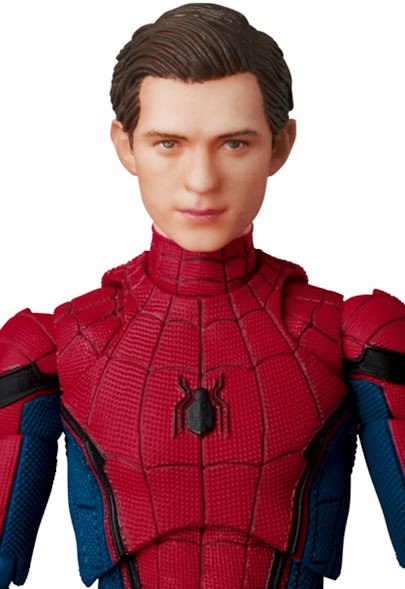 It has an alternate, unmasked Peter Parker head that closely resembles Tom Holland. 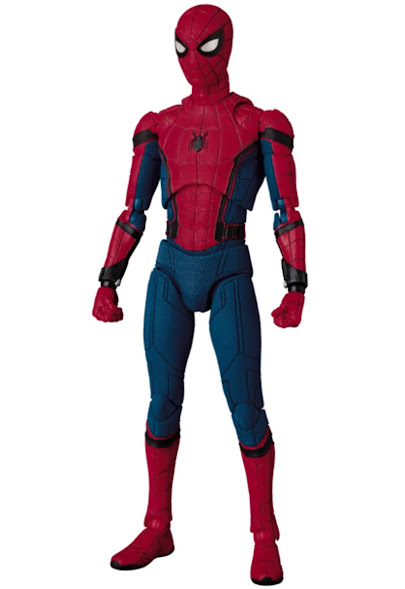 The figure features a detailed costume that’s faithful to the film, with etched lines and webbing all over. 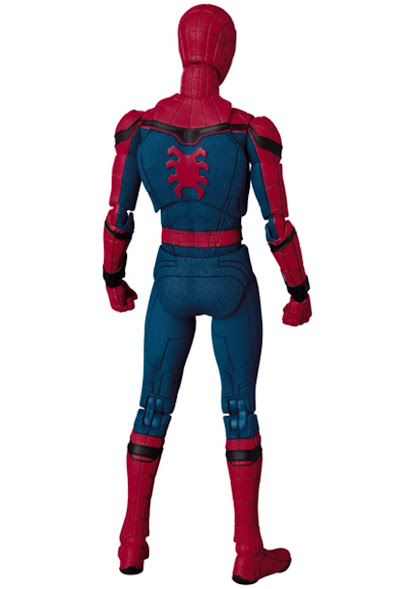 The spider on the figure’s back isn’t just painted on – it’s a raised element. 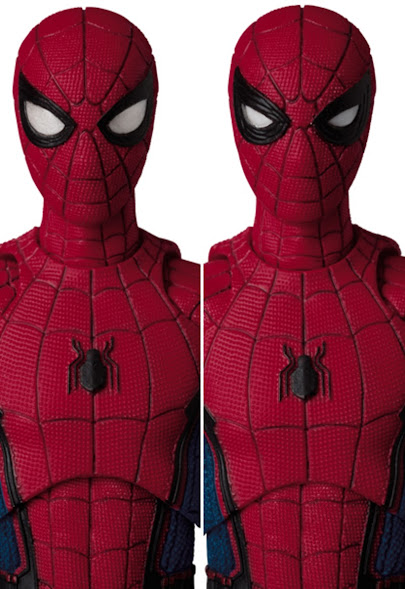 He also has an alternate masked head with narrower eyes, to replicate his mask’s “emotive” lenses. 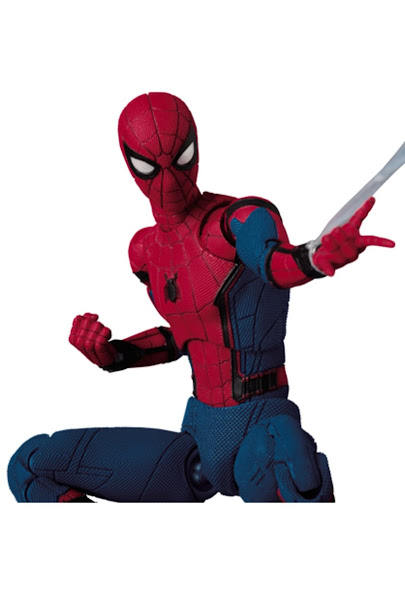 MAFEX Spider-Man comes with a ton of accessories for multiple posing options and endless hours of fun. 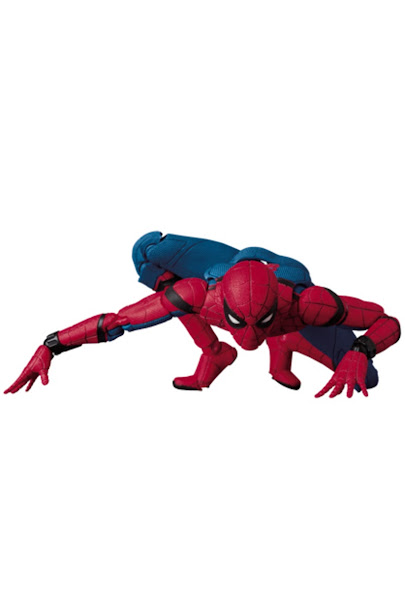 Did I mention that he’s also really poseable? 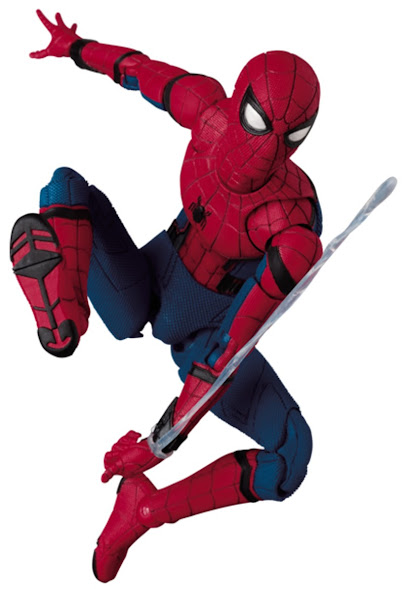 MAFEX Spider-Man will be swinging into stores this October, so preorder as soon as you can!